Medical-related articles and news have continued to establish the fact that sleep is one of the essential parts of everyone’s life. While it might be simply overlooked, it remains one of the necessities one needs not to disregard. Do you have insomnia or other sleep issues? Have you been experiencing hard times getting a good night’s sleep?

Having a regular and consistent quality sleep schedule has a whole lot of health benefits. And this should be a must-have. If you have been suffering from sleeping problems for a long time, extracted cannabis oil has become a potent and popular remedy all across the world, with CBD oil making massive leaps in demand as it is now legal to buy in both the US and Canada – where both physical and e-commerce options are available, like the recently opened Online Dispensary Canada. This is due to the effectiveness of CBD in the management and treatments of patients with anxiety, post-traumatic stress disorders (PTSD), and a host of other stress-related disorders, which contributes significantly to your lack of quality sleep.

In this piece, we’ll be taking a brief look at cannabis and how it could help solve your sleep problems. While we shed more light on the effectiveness of cannabis oil in the treatment of insomnia, we’ll also reveal the different forms of cannabis intake. Sit back while we get started: 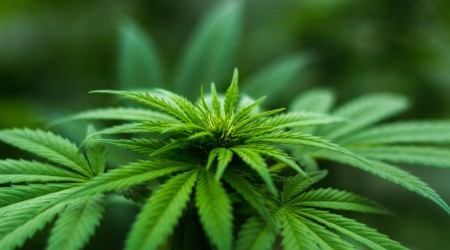 The Benefits of Cannabis

Cannabis is one of the numerous compounds present in the hemp plant. Generally, it works by influencing the endocannabinoid system in the human nervous system, which plays a significant role in countless bodily functions. The endocannabinoid system is popularly known for the regulation of memory, sleep, appetite, fertility, liver functions as well as reproductive systems.

The cannabis sativa plants boast of two different components; cannabidiol and tetrahydrocannabinol (THC). CBD & THC present different benefits, with the main difference being that THC produces a “high” sensation as a result of its psychoactive properties. Unlike THC, CBD is a non-psychoactive compound as it presents several health benefits. Some of these includes:

While the number of researches conducted on the therapeutic potentials of cannabis has continued to grow from strength to strength, the use of CBD shows a promising future for the management and treatment of other health issues. Now, we’ll delve into our primary purpose of this article, which is the relationship between CBD and sleep. 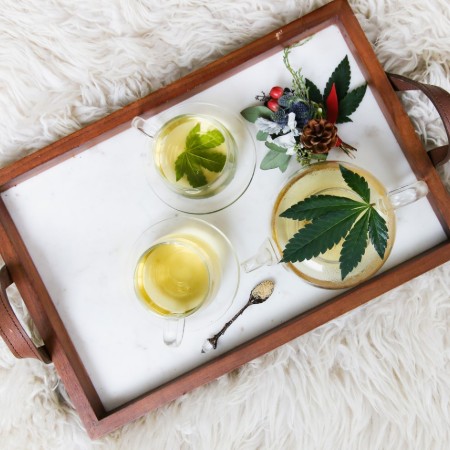 The Relationship between CBD Oil and Sleep

Having hard times in getting sufficient and quality sleep could be caused by several reasons. Some of the most common ones include depression, mental issues, PTSD, and the intake of caffeinated drinks. Other causes might be attributed to the consumption of certain medicines and environmental factors such as noise or pollution.

In most common cases, the episodes of insomnia might be a result of anxiety. Though, there are more researches needed on the effectiveness of CBD in the treatment of anxiety, which is one of the most contributory factors to sleeplessness. For instance, a study conducted by Scott Shannon, MD et al. evaluated up to 72 patients. While a total of 47 of them had anxiety, the remaining 25 were suffering from sleeplessness. At the end of the study, 79.2% of all the participants recorded lower levels of anxiety upon the usage of CBD, while 66.7% revealed that CBD helped them sleep better.

One other notable factor that could be responsible for the lack of sleep is pain. As established in a study conducted by the Frontiers in Pharmacology, it was reported that CBD helps to significantly decrease pain, which ultimately eliminates the discomfort being felt during sleep.

In another research conducted in 2014 at the University of Sao Paulo in Brazil, the subjects were reported to have Parkinson’s disease, and this could be attributed to a disorder in the rapid eye movement (REM) during sleep. The patients were suffering from REM sleep disorder (RBD) in which contributed to them acting out in response to their dreams, thus having a hard time getting quality sleep. Upon administration of CBD, the symptoms were discovered to improve dramatically, though this may be attributed indirectly to CBD’s effect on anxiety, pain, or other benefits.

How to Consume CBD Oil for Sleep

There are many different ways to use CBD oil, such as vaping, eating, or smoking. Below are the most common forms of consumption:

One of the most popular ways of consuming cannabis is vaping. While vaping isn’t the only way to incorporate CBD into your system, other ways give similar results. However, there exist some differences in terms of the required time for the product to take effect. Before you purchase any cannabis-infused products, you should ensure that the products are 100% organic CBD, lab-tested, well-labelled, and US-grown.

Full-spectrum cannabis oil consumption boasts of the highest concentration of cannabinoid components. One unique fact about broad-spectrum CBD oil is that it doesn’t undergo different processes, and you tend to consume it as it is. This is the best way to preserve a compound present known as terpenes. Terpenes bring about the smell and tastes of CBD while you also enjoy its potential health benefits.

From one manufacturer to another, you’ll find a wide range of CBD edibles in different forms. Some of these forms include truffles, mints, gums, and gummies. So, you should take note of the fact that there is a first-pass effect attached to the consumption of CBD edibles. This is a process where CBD will first pass through the liver and then to the gastrointestinal tracts. This process usually takes about 2 hours with a 20-30% absorption.

There you have it! Perhaps a succinct explanation of the relationship between CBD oil and sleep. Remember, everyone is different. So, you need to consider experimenting with the use of CBD products for your sleep problem. With that, you can discover what exactly works for you.

A New Kind Of Sleeping Pills Or Just A New Trend: Can CBD Help Your Insomnia?

Everything you need to know about CBD Vaping