Marijuana and hemp enthusiasts love talking about how cannabis is woven into the heart of U.S. history — that the founding fathers themselves partook of the magic bush — so it is unfair that modern Americans are denied access to cannabis and all its benefits. Though it is undeniably true that cannabis was critical to the New World’s early success, stories of George Washington and Thomas Jefferson getting high on their Virginia plantations might be blown a bit out of proportion.

The earliest colonists in North America brought cannabis with them and grew it enthusiastically on their farms and plantations — but that doesn’t mean the U.S. was a stoner’s paradise for 200 years. Before we talk about the Founding Fathers’ associations with weed, we need to give some context about the history of cannabis and its uses in the New World.

Hemp in the New World

Cannabis has its roots deep in human agriculture. In fact, there is good evidence that hemp was the very first plant cultivated for use in textiles; remnants of hemp cloth in ancient Mesopotamia and depictions of cannabis plantations in China indicate that the crop has been integral to human civilization for well over 6,000 years, potentially since the dawn of agriculture itself. This is because cannabis grows rather quickly, is naturally pest-resistant and produces a lightweight, breathable fabric that resists water, sunshine and mold. It made for a hassle-free crop that was unendingly useful as a strong, durable textile.

In the late 16th and early 17th century, when European colonists were beginning to make their way to the New World, hemp was already growing in the New World. Europeans loved hemp; since the Middle Ages, the crop was vital to Europe’s economy. Not only was hemp necessary for the canvas and ropes of ships, but more than 80 per cent of European clothing was made from hemp. King Henry VIII of England demanded that landowners devote at least one-quarter of their land to growing hemp, and he fined them aggressively for non-compliance.

It is unknown who first sowed hemp in the Americas or when. Jacques Cartier noted during his explorations of North America that the Iroquois farmed hemp; in fact, he said the land was “frill of hempe which groweth of itselfe” — that America’s hemp crops were strong and plentiful. By the time the Puritans landed on Plymouth Rock, hemp was well-established across the New World.

Early colonists relied heavily on hemp to survive, especially in Virginia, where the swampy terrain prohibited the growth of much else. Hemp was functional and nutritious, improving the colony’s economy while feeding its people — and as a result, in 1632, Virginia mandated that “every planter… provide seede of flaxe and hempe.” Massachusetts and Connecticut eventually passed similar mandates not long after, and eventually, every state in the Union would have some hemp crop.

Even as other crops began to show profit across the colonies, hemp remained a staple. Thus, throughout the 18th century, American landowners continued to devote property to its cultivation — landowners like George Washington and Thomas Jefferson, as well as John Adams, Benjamin Franklin, James Madison and Henry Clay. The hemp collected from the Founding Fathers went to clothing, paper, canvas and so much more — and, guaranteed, none of it was smoked. 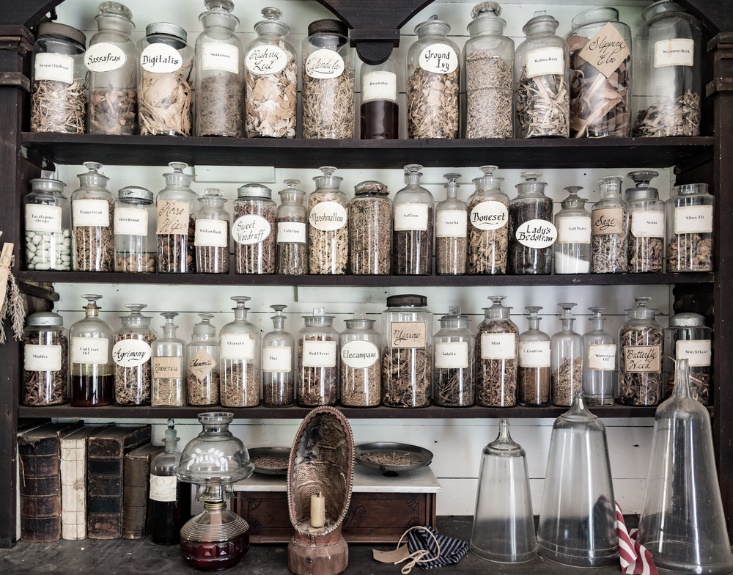 Cannabis as a Narcotic

It is all but certain that neither Europeans nor Americans grew cannabis for recreational or medicinal use because neither of these groups was aware of marijuana, the psychoactive variant of cannabis, until the 19th century. Some sources credit Napoleon with bringing the drug to the West in 1798; indeed, his armies travelled through Egypt, undoubtedly partaking of weed in the local custom. Still, weed likely filtered into Europe and America through multiple sources.

Many philosophers and physicians advocated that marijuana be used as a treatment for various ills, from the common cold to tumours and jaundice. In 1854, the United States Dispensary published a long list of marijuana’s effects and suggestions for its medical use, such as “neuralgia, gout, tetanus, hydrophobia, epidemic cholera, convulsions, chorea, hysteria, mental depression, insanity and uterine haemorrhage.” Marijuana-based medications like Piso’s Cure and One-day Cough Cure were widely popular — but few if any took the drug recreationally.

It wasn’t until the turn of the 20th century when Mexican immigrants began bringing trimmed marijuana across the border, that the drug gained ill-repute. Racism toward the immigrants, who spoke Spanish and practised a different culture, drove many Americans to loathe the devil’s weed they smoked. Propaganda linked criminal activity and violence with smoking weed, and the public perception of marijuana plummeted.

Though a significant percentage of textiles were still made from hemp, competition from cotton and petroleum-based textiles as well as the increasingly poor reputation of hemp’s cousin marijuana drove growers to slowly reduce cultivation — until the U.S. federal government outlawed all cannabis in 1937 with the Marihuana Tax Act. Despite several studies throughout the 1940s and ‘50s that demonstrated the safety and benefits of marijuana — and the long-proven benefits of hemp — it wasn’t until 1996 that some Americans regained access to cannabis for medicinal use, and not until 2019 could American farmers sow hemp in their fields.

Our most revered founders have a sticky, green reputation — but it is incredibly unlikely that any of them even tried to get high on their own supply. Even so, most of the founding fathers had other vices worth noting: John Adams was an inveterate alcoholic until he sobered up before his presidency. Thomas Jefferson grew opium poppy in addition to hemp, and even though he used the drug to treat medical woes, he likely became severely addicted. Washington, too, used opium-based laudanum “for discomfort” and imbibed up to four glasses of madeira per afternoon. Possibly the only of America’s demigods to avoid drug and drink was Benjamin Franklin, who is associated with jollity, beer and breweries but in life abhorred drunkenness.

The founding fathers grew weed — but the history of cannabis in America is so much more complex than that. Hemp has played a significant role in human civilization for millennia, and it is a primary reason that the U.S. has become the great nation it is today. In truth, hemp should be celebrated as much as the founding fathers — by everyone in the New World, not just stoners and potheads.

Hemp Politics – Why Was Hemp Made Illegal In 1937?